Spartan Delta Corp. says it has agreed to buy private rival Inception Exploration Ltd. and two packages of oil and gas assets in northwestern Alberta for a total of $148 million in cash and shares.

Spartan is an energy company whose ESG-focused culture is centered on generating sustainable free funds flow through oil and gas exploration and development. Building on its existing high-quality, lowdecline operated production in the heart of the Alberta Deep Basin, Spartan intends to continue acquiring
diversified assets that can be restructured, optimized and rebranded, financially or operationally, yielding an increase to shareholder value.

The map shows the well permits since 2017 for Spartan Delta segmented by the companies they have purchased last 5 years.

The files contain all the well permits, wells drilled and facility permits for Spartan Delta since 2017.

“The acquisitions add a new core area in the Alberta Montney and complement Spartan’s existing core area in the Cardium and Spirit River in west-central Alberta,” said Spartan CEO Fotis Kalantzis in a news release.

Cardium Play has been one of the largest oil fields in the Western Canada Sedimentary Basin with production history of almost six decades. … The areas with highest liquid content are Lochend and East Pembina, the highest initial production is typically encountered in Lochend, Willesden Green and Ferrier areas.

Transcourt has been providing leasing and long term rental solutions demanded by the crude oil tanker industry for 20 years. – In both the United States and Canada, crude oil, petroleum products, and natural gas are transported truck trailers. 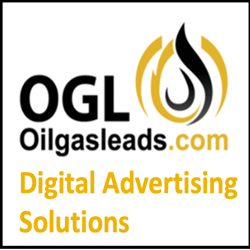