EOG Resources, Inc. engages in the exploration, development, production and marketing of crude oil and natural gas. It operates through the United States, Trinidad, and Other International segments. The company was founded in 1985 and is headquartered in Houston, TX.

EOG Resources’ geographic focus is determined by where it can locate primary energy resources — natural gas, natural gas liquids, and oil. In recent years that focus has been on exploiting shale plays in the US. The independent oil and gas company is engaged in exploring for natural gas and crude oil and developing, producing, and marketing those resources. EOG’s total estimated net proved reserves was 2.5 billion barrels of oil equivalent, of which 1.1 billion barrels was crude oil and condensate reserves, and 5 trillion cubic feet was natural gas reserves.

Shale giants EOG Resources Inc. and Devon Energy Corp. are sitting on thousands of federal drilling permits, many of which could be used to produce oil from the prolific Permian basin as a U.S. ban on Russian oil increases demand for other crude.

EOG and Devon hold more permits than other company, according to a Bloomberg analysis of federal onshore permitting data, but neither plans to grow production beyond 5% even as U.S. oil futures top $120 a barrel and global markets face historic disruptions. That dissonance is at the center of tension between the U.S. shale industry — which argues it needs long-term government support before it can sustainably raise production — and the Biden administration — which says oil companies should use up the more-than 9,000 drilling permits they already have before asking for further concessions.

“EOG would be in a position to return to pre-Covid levels of production,” he said. “If the world has a call on oil and there’s room to grow our low-cost, lower- emissions barrels into the market, we can certainly deliver on that.”

We are tracking 17 drilling rigs in Texas & New Mexico

Total company crude oil production of 448,600 Bopd was above the high end of the guidance range and 4% more than 1Q, which was impacted by adverse weather. NGL production was 11% higher and natural gas production was 8% higher, contributing to an overall 6% increase in total company equivalent volumes.

Cash capital expenditures before acquisitions of $972 million were below the low end of the guidance range due to lower well costs from sustainable efficiency improvements. Faster drilling times, more efficient completion operations and lower-cost sand and water sourcing contributed to lower overall well costs. As a result, EOG has increased its full-year well cost reduction target to 7% from 5%.

Barnett Shale Play – EOG continued to experience successful drilling in Johnson, Hill, and the western extension counties of the Barnett Shale gas play. Additionally, EOG saw successful drilling in the Barnett Combo play located in the northern portion of the Fort Worth Basin. The Barnett Combo play was previously known as the Barnett Oil play but, as a result of the wells in this play producing roughly one-third crude oil, one-third natural gas liquids and one-third natural gas, the name Combo seemed more appropriate.

Mid-Continent area, its core areas in Southwest Kansas, the Oklahoma Panhandle and the Texas Panhandle. EOG continued its strong exploration program in Southwest Kansas and was successful in finding several new Morrow and St. Louis plays. As part of the Hugoton-Deep play, EOG has seven years remaining on an approximately 900,000 gross acre, 10-year farm-in agreement from Anadarko Petroleum Company. In addition to its existing Cleveland Horizontal play in the Texas Panhandle, a new discovery in the Atoka formation was established and exploited in 2008.

South Texas and Gulf of Mexico areas – EOG’s activity was focused in Webb, Zapata, San Patricio, Duval and Matagorda counties, where EOG drilled successful wells in the Lobo, Roleta, Frio and Wilcox trends. EOG’s application of horizontal drilling technology in South Texas continues to increase, and the percentage of horizontal wells drilled in the area significantly. Production from two deepwater Gulf of Mexico wells, drilled in the Atwater Valley area.

Permian Basin – New Mexico, of which Wolfcamp horizontal play, and the others were drilled in the Morrow, Bone Spring and Permo-Penn formations. EOG expects to remain active in the Permian Basin in 2009 and will pursue several exploration prospects in these same areas.

The Upper Gulf Coast continued to be a growth area for EOG where 2008 net production grew 6% year over year and averaged 146 MMcfd of natural gas and 3.1 MBbld of crude oil and condensate and natural gas liquids. EOG drilled 62 net wells with 36 net wells in the Cotton Valley and Travis Peak development programs located in East Texas and North Louisiana, at the Sligo, Driscoll, Appleby, and Waterman fields. Mississippi remained a growth area where 26 net wells were drilled in 2008 and horizontal development of the Selma Chalk at the Gwinville Field was also successful. EOG is further expanding horizontal drilling programs in this area with the development of approximately 116,000 net acres in the emerging Haynesville play where EOG is currently drilling its third horizontal well. EOG holds approximately 350,000 net acres in the Upper Gulf Coast area.

In February 2008, EOG completed the sale of approximately 2,400 shallow Devonian wells with net production of 17 MMcfd of natural gas in the Appalachian Basin. EOG retained the deep rights on the acreage involved in the sale. During the second half of the year, the focus was entirely on evaluating the Marcellus Shale, drilling six horizontal and three vertical wells. These wells tested acreage blocks in Bradford County, Pennsylvania, as well as blocks in the Seneca Resources Joint Venture in North Central Pennsylvania. EOG has tested wells in each of these areas that initially flowed at rates in excess of 3 MMcfd of natural gas. Plans for 2009 include the drilling of 14 gross wells (both horizontal and vertical) and developing the infrastructure necessary to market the gas from the drilling program. EOG holds approximately 220,000 net acres in this area. 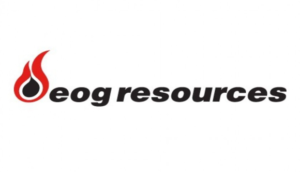 This week Pecan Pipeline Company, a wholly owned subsidiary of EOG Resources had a pipeline permit approved for a 41 ...
Read More 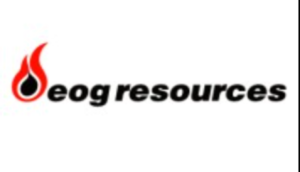 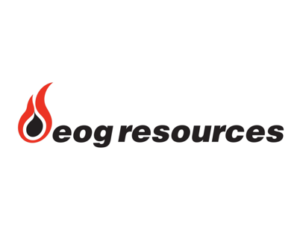 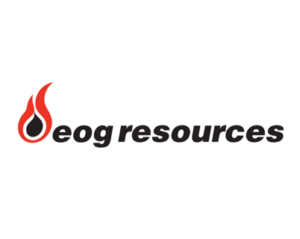 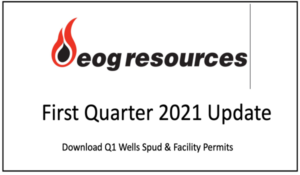 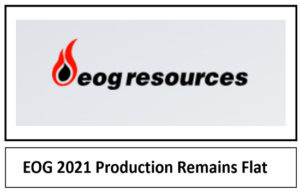 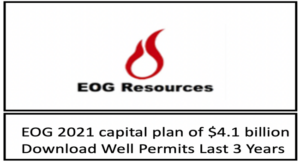 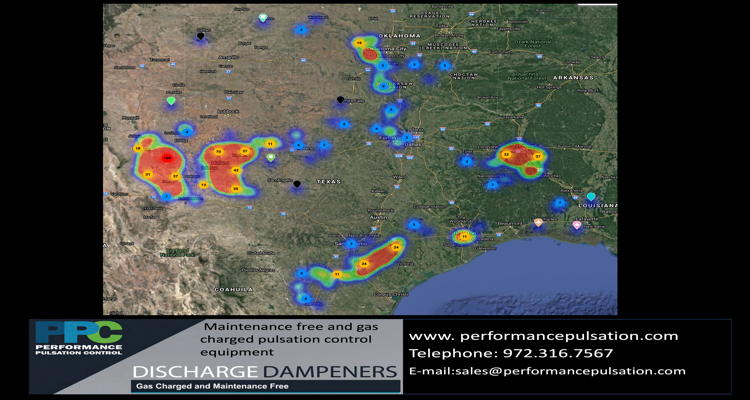 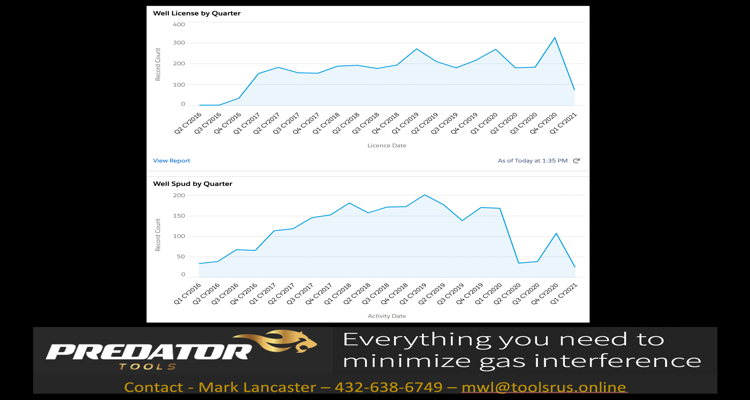 EOG Well Permit Recovery – drilling should be next – get well permits

chart shows a strong recovery of well permits from EOD since COVID. We also see a drilling recovery I expect ...
Read More 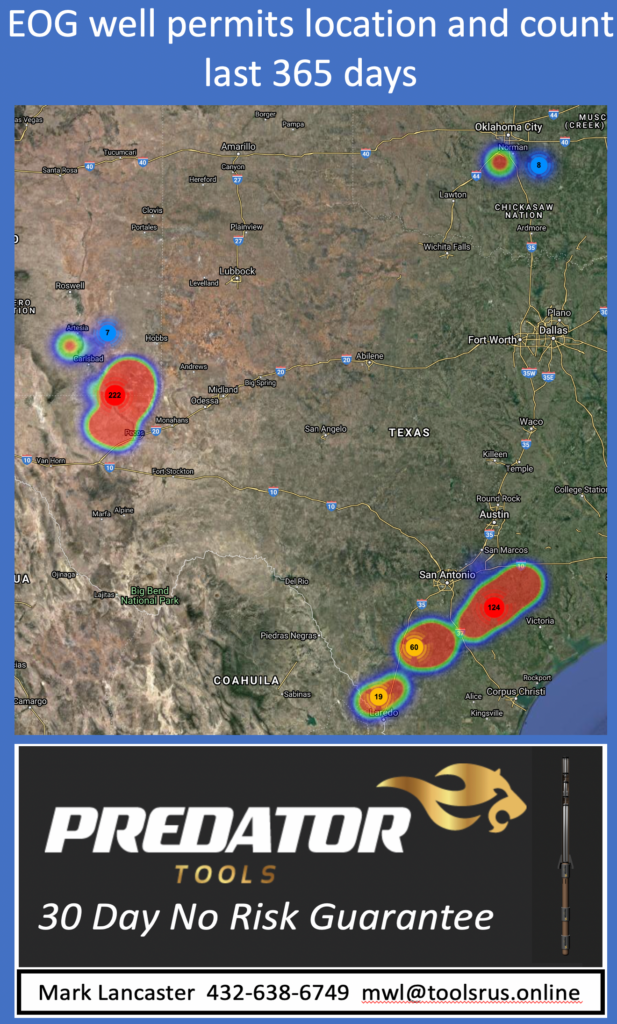