Whitecap Resources is a Canadian public oil company based in Calgary, Alberta, with operations in Alberta, Saskatchewan, and British Columbia. Whitecap is an oil weighted growth company that pays a monthly cash dividend to its shareholders while being recognized for storing more CO2 annually than we emit corporately.

Whitecap’s second quarter results were exceptional across all areas of the business, achieving record production of 116,799 boe/d which was 4% above our forecast of 112,000 boe/d, on capital investments of $39 million, which was approximately 30% below our forecast of $55 – $60 million. The record production in the second quarter includes 153 MMcf/d of natural gas, which is expected to increase as we continue to grow our Montney production in the second half of the year and in 2022. Our second quarter funds flow netback of $25.07/boe was 15% higher than the first quarter and resulted in funds flow of $267 million ($0.43 per share). Funds flow per share increased 126% compared to the prior year quarter and 19% compared to the first quarter of 2021.

We highlight the following second quarter financial and operating results:

With the NAL, TORC and the Kicking Horse acquisitions closed, Whitecap’s sustainable business model is now even stronger. Disciplined acquisitions that enhance our per share metrics and improve our free funds flow profile are an important part of our strategy and we will continue to evaluate these opportunities.

Subsequent to the quarter end, we closed the acquisition of a private company with operations in Southeast Saskatchewan (the “Acquisition”). The Acquisition consolidates our land position in the Weir Hill area adding 23 net sections of land (99% working interest), where our conventional Frobisher drilling results so far this year have yielded top decile results. Assets from the Acquisition are forecasted to average 1,600 boe/d (94% light oil) in the second half of 2021. The total purchase price was $67 million, which equates to 2.3x operating income and a 29% free funds flow yield at US$65/bbl WTI.

Our preliminary production outlook for 2022 has been increased to 122,000 boe/d to incorporate the Acquisition, while our preliminary capital spending outlook remains at $560 – $580 million. At US$55 – $65/bbl WTI, we would generate $400 – $650 million of free funds flow and $280 – $530 million of discretionary funds flow after the $0.195 per share annual dividend, which allows us to have zero debt in three years. The sustainability of our business model continues to improve and our break-even of US$44/bbl WTI allows us to cover sustaining capital and the dividend with unhedged funds flow.

We continue to prioritize balance sheet strength and return of capital to shareholders, along with taking a disciplined approach to transactions which further strengthen our asset base and provide increased shareholder returns into the future.

On behalf of our management team and Board of Directors, we would like to thank our shareholders for their ongoing support and look forward to providing updates as we progress through the remainder of the year.

The properties in our Smoky River Region include Wapiti, Karr, Simonette, Kakwa and Elmworth all located southwest of Grande Prairie, Alberta. The primary reservoirs being developed are the Dunvegan, Cardium, and Montney resource play, all of which are light sweet (39° – 42° API) oil. These reservoirs are characterized by thick oil columns with significant oil in place. This area utilizes pad-based horizontal drilling and multi-stage fracturing, including extended reach horizontals that exhibit a lower decline profile than in many areas due to the significant oil in place. The Region is comprised of large-scale opportunities and significant inventory setting up Smoky River to provide material future organic growth.

The recent acquisition of Kicking Horse is a continuation of Whitecap’s long-term strategy of selectively consolidating high quality assets in our core operating areas to enhance free funds flow and return of capital to shareholders. The Kicking Horse assets are well positioned in the liquids-rich portion of the Alberta Montney, complement our existing Montney position at Karr and have significant offsetting activity. The Acquisition includes 92 (60.0 net) sections of Montney rights that are 99% operated, with an average working interest of 65%, and provide the potential for further working interest consolidation.

Valhalla is Whitecap’s original asset area. It is underpinned by the conventional Montney light oil waterflood pool that continues to outperform our original reserves estimates. In addition, we are actively exploiting Valhalla’s ideally situated infrastructure by expanding our presence in the area through the Charlie Lake and Montney oil resource plays. Boundary Lake is located primarily in northeast British Columbia on the Alberta/British Columbia border, just east of Fort St. John, and is characterized by low base declines, low sustaining capital and a predictable production base within an active waterflood. The key characteristics of this legacy oil pool are high operated working interest, and light 35° API oil. Asset enhancement is on-going with waterflood optimization initiatives and the optimal implementation of horizontal wells. Development and completion design reviews are continually ongoing to further unlock additional resource value.

Our Central Alberta Business Unit represents the bulk of our Cardium and liquids-rich Mannville assets, which are primarily focused in Kaybob, Pembina, Ferrier and Garrington. The key characteristics of these formations are light sweet ~40° API oil with geology and oil resource mapping that is well defined with legacy vertical wells. There is no significant mobile formation water in either formation which results in predictable declines and production profiles. Several of the legacy Cardium pools are under active waterflood which reduces pool declines and increases the percentage of recoverable oil in place. Performance of these waterfloods has been improving with optimization efforts. These assets provide sizeable cashflow generation with the optionality to transition to a growth model.

In addition to these core horizons, further value creation is being generated through tertiary recovery (CO2 flood) in the Viking horizon in Joffre. Whitecap is using its world-class expertise in CO2 EOR and sequestration to maximize value in this pool and continue to drive down our GHG emissions intensity.

Our West Central Saskatchewan “WC SK” Business Unit represents our Viking resource oil play. Focus areas are Kerrobert, Plenty, Dodsland, Lucky Hills, Whiteside, and Elrose. The key characteristics of this play are light 38° – 40° API oil, predictable geology and production profiles, as well as consistent and repeatable economics. Lucky Hills and Whiteside are characterized by horizontal primary oil development wells with quick payouts and a high operating netback. The Eagle Lake property is characterized by low decline waterflood supported production from legacy vertical and horizontal infill wells. Additional development is ongoing through the drilling of infill horizontal wells and reactivation of the waterfloods to increase reserve recoveries. Kerrobert is analogous to Eagle Lake with reservoir properties conducive to successful waterflooding. The Kerrobert waterflood is in its infancy of development, relative to Eagle Lake, and as a result has significant upside related to reserve recovery and decline stabilization. The Viking oil play provides some of the fastest project payouts in the industry and provides flexibility on growth requirements, which is further enhanced by lowering declines through our waterflood optimization and expansion initiatives. Further value generation is being created through organic inventory expansion initiatives.

Our Southwest Saskatchewan “SW SK” Business Unit’s assets are concentrated west of Swift Current, Saskatchewan and are characterized by predictable low base decline and medium crude oil (18 – 26° API) production. This asset was incorporated into the Whitecap portfolio opportunistically as an acquisition in 2016 and continues to generate significant free funds flow. Multiple active waterfloods, as well as three established alkaline, surfactant, and polymer “ASP” floods, are sustaining the area with 92% of production coming from enhanced recovery. Additional waterflood and ASP potential exists and will be part of our ongoing enhanced oil recovery “EOR” development programs. The primary formations being targeted in the area are the Atlas, Success, Roseray, and Shaunavon. New areas and pools within the existing SW SK land base are continually being pursued. These properties had not seen significant development prior to Whitecap, and we combine horizontal wells, multi-stage frac technology, and conventional production and EOR optimization efforts to maximize production and oil recovery from these pools

The “Weyburn” property is located south of Weyburn, Saskatchewan. The Weyburn property is the largest Carbon Capture & Utilization Storage “CCUS” project in the world which underpins why Whitecap has one of the lowest emissions intensities in the world along with our commitment to continue to emphasize environmental sustainability as a core value. This internationally recognized, world class project has safely captured over 34 million tonnes of CO2. In 2018, the Weyburn project stored 1.8 million tonnes of CO2 which means we sequester more CO2 than our yearly corporate emissions (direct and indirect), making us a carbon negative company. The primary reservoirs being developed are the Midale and Frobisher. Whitecap has a 65.3% operated working interest in the Weyburn Unit which produces primarily light oil. The Weyburn Unit has been in existence since the 1950’s when it was discovered. Waterflood operations commenced in the 1960’s with a world class CO2 enhanced oil recovery “EOR” development commencing in 2000. Significant expansion opportunities remain to expand the Weyburn CO2 flood and further mitigate a low 3-5% base decline rate in conjunction with a very low maintenance capital requirement.

The SCSK and SESK regions were added to the Whitecap portfolio through the acquisition of NAL and TORC. The acquired asset base is comprised of a diverse portfolio consisting of both conventional and unconventional light oil play types. The Conventional Mississippian is characterized by 30°-40° API oil, high netbacks, and low decline which generates significant free cash flow. Properties target the Alida, Frobisher, Midale and Ratcliffe formations which provide evolving opportunities through multi-legged horizontal drilling and well re-entry techniques in areas with stacked flow units. Conventional wells have high deliverability supported by an active regional aquifer and provide robust economics with significant high quality inventory.

The historic conventional Midale play in South East Saskatchewan has evolved in more recent years through horizontal multi-stage fracture stimulation. Delineation drilling has transitioned the Unconventional Midale play to a development focus in several key areas with predictable and repeatable results yielding competitive economics. The key characteristics of this play are 26°-38° API oil, large OOIP, and low recovery factor to date. The Midale formation has favorable reservoir characteristic for waterflooding and several key unconventional pilots are being initiated across our asset base. Additional upside is expected with further play delineation.

The Torquay/Three Forks land base is largely undeveloped but has been delineated and ready for full scale development. The play is characterized by 40° API oil, high netback, with well defined resource mapping. Further value generation will come through infrastructure expansion, optimization of completion design, and drilling efficiencies. 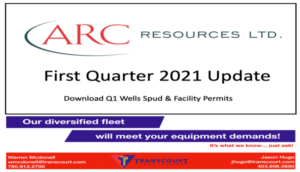 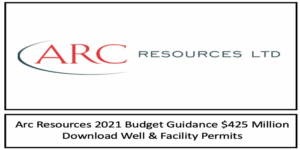 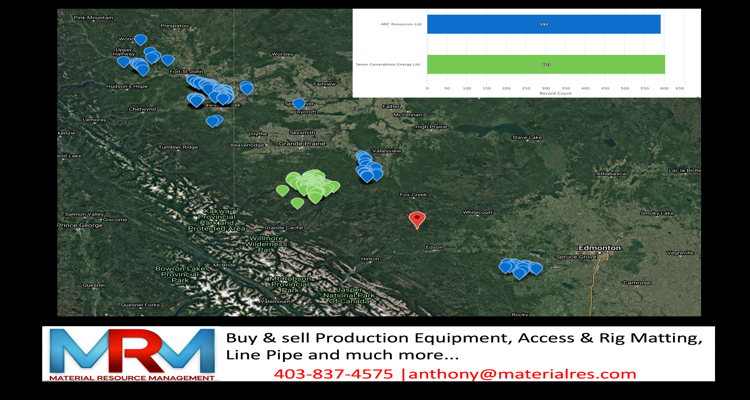