Targa, a midstream energy corporation, is one of the largest providers of natural gas and natural gas liquids in the United States.

Targa primarily engaged in the business of:

Permian Midland system consists of approximately 7,000 miles of natural gas gathering pipelines and sixteen processing plants with an aggregate nameplate capacity of 2,599 MMcf/d, all located within the Permian Basin in West Texas. Eleven of these plants and 4,900 miles of gathering pipelines belong to a joint venture (“WestTX”), in which we have an approximate 72.8% ownership. Pioneer, a major producer in the Permian Basin, owns the remaining interest in the WestTX system. In addition, we are constructing the Legacy Plant, a 250 MMcf/d cryogenic natural gas processing plant, which is expected to begin operations in the fourth quarter of 2022.

The Permian Delaware system consists of approximately 6,100 miles of natural gas gathering pipelines and eight processing plants with an aggregate capacity of 1,240 MMcf/d, all within the Delaware Basin in West Texas and Southeastern New Mexico.

The Permian Midland and Permian Delaware systems are interconnected and volumes may flow from one system to the other providing increased operational flexibility and redundancy.

North Texas includes the Chico gathering system in the Fort Worth Basin, which gathers gas from the Barnett Shale and Marble Falls plays for the Chico plant. The system consists of approximately 4,700 miles of pipeline gathering wellhead natural gas. The Chico plant has an aggregate processing capacity of 265 MMcf/d.

The SouthOK gathering system is located in the Ardmore and Anadarko Basins and includes the Golden Trend, SCOOP, and Woodford Shale areas of southern Oklahoma. The gathering system has approximately 2,000 miles of pipelines.

SouthOK system includes six separate operational processing plants with a total nameplate capacity of 710 MMcf/d, including: the Coalgate, Stonewall, Hickory Hills and Tupelo facilities, which are owned by our Centrahoma Joint Venture, and our wholly-owned Velma and Velma V-60 plants. We have a 60% ownership interest in Centrahoma. The remaining 40% ownership interest in Centrahoma is held by MPLX, L.P. (“MPLX”).

WestOK gathering system is located in north central Oklahoma and southern Kansas’ Anadarko Basin and includes the Woodford shale and the STACK. The gathering system expands into 14 counties with approximately 6,600 miles of natural gas gathering pipelines.

The WestOK system has a total nameplate capacity of 400 MMcf/d with two separate cryogenic natural gas processing plants known as the Waynoka I and II facilities. 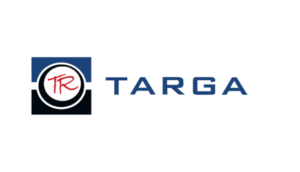 Targa, a midstream energy corporation, is one of the largest providers of natural gas and natural gas liquids in the ...
Read More 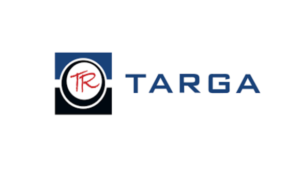 Targa Resources Corp. TRGP declared that it signed agreements to take over Southcross Energy Operating LLC and its subsidiaries in ...
Read More
LinkedInTwitterFacebook